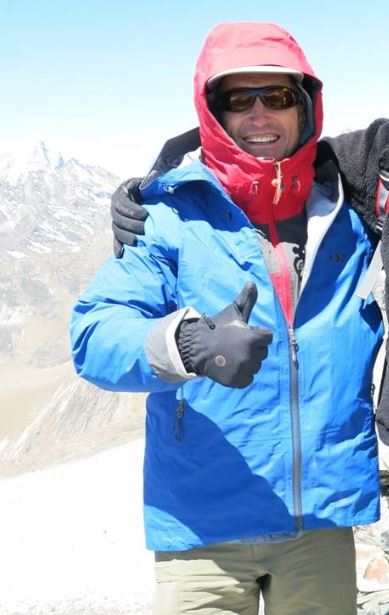 It is hard to find someone in life that is as competitive as Jon along with being a kind hearted, loveable family man with a positive attitude to everything in life.

Jon Johnston has played many years against the Warriors and whilst the battles had been either way most of the years, 2016 he was set to be a Warrior. 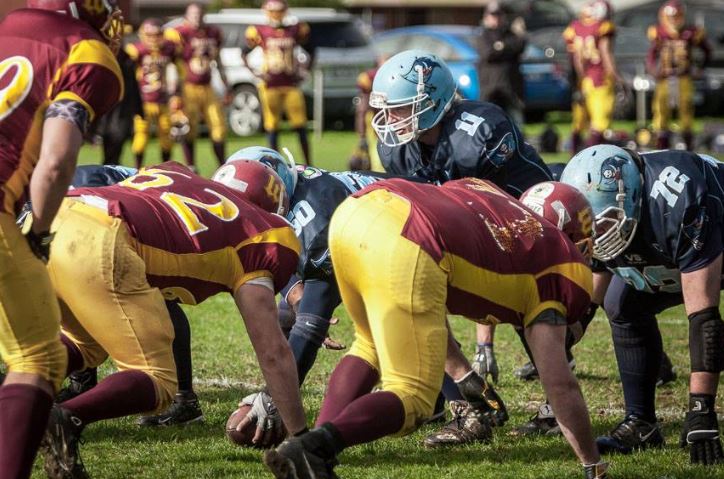 Jon Johnston (11) playing against the Warriors in 2013

Jon loved a challenge and loved competing which is what brought him to the Warriors. He worked extremely hard in everything he did and always gave 100% regardless of the situation. The energy he brought to each training session for the past 2 months brought the standard level up each time. He was there to compete and have fun and let you know about it which is why he is such a loveable character. 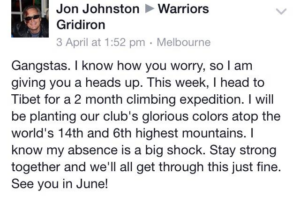 Jon Johnston’s final message to his Teammates and Coaches

The above is a facebook message Jon had left to the team before he took off to Tibet. The passing of Jon has impacted the Warriors organisation quite hard and whilst he has only been at the club for a short time, his influence on the group has been significant. 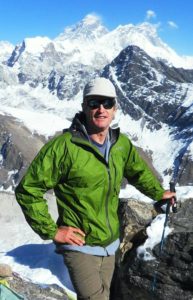 Jon loved the outdoors and had ambitions to be the first man in his age group to ever climb Mt Everest (8,748m) and also Lhotse (8,156m) peaks back to back in under 10 hours. Jon was in Tibet, China preparing for his third attempt at climbing Mt Everest. He had been training for the past 6 months in Melbourne and was climbing Mt Shisha Pangma in preparation where it all went horribly wrong.

“The incident occurred at an altitude of 6,200 m on April 24 while the duo fell into the crevasse while they were moving up from advanced base camp on Mt Shisha Pangma,” an official at Active Holiday Treks explains (which handles their expedition from Kathmandu). 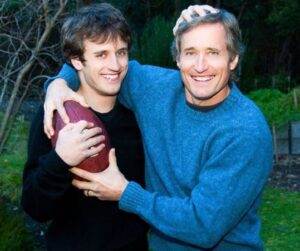 Jon is a family man and whilst he leaves behind wife Susan Johnston, 3 sons Nicholas, Nathaniel, Noah, brother Lonn Johnston and family he will always be remembered for how he lived his life and how he impacted everyone around him including everyone that he met. Jon is one of a kind, a true gentleman and will be missed by everyone that knew him.