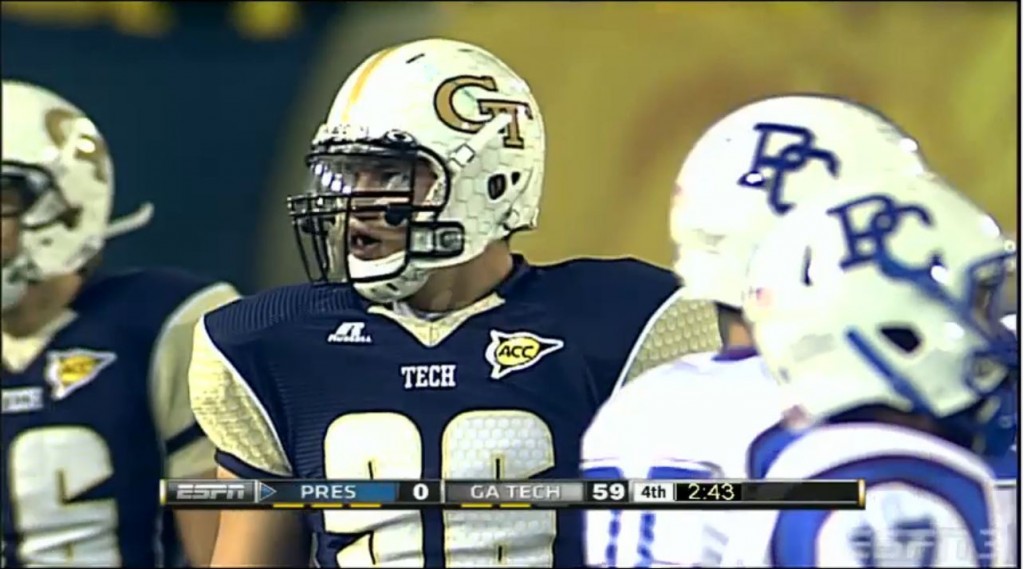 Former Warrior Adam Gotsis made his NCAA debut this past weekend with Georgia Tech. In the YellowJackets second game of the season, Adam came onto the field at the end of 3rd Quarter with GT leading 45-0 against Presbyterian. Wearing number 96, Adam played Defensive line for most of the remainder of the game. Adam looked impressive on his first appearance, drawing an offensive lineman offside for a penalty and making an impressive tackle for a loss of yards, yet a penalty against a teammate negated his chance for his first official statistic. The Yellowjackets won the game 59-3. Next week GT take on Virginia. http://www.ramblinwreck.com/

It was a Vic Bowl that was predicted, First versus Second, Buccaneers versus Warriors. The Bucs had looked set to defend their 2011 title, with their only loss of the season coming in the form of a Week One upset by the Warriors. The Warriors came out firing in Week One, determined to regain their Vic Bowl berth that the Bucs had denied them in 2011.
It was everything a game of football should be, as two sides with no major weaknesses grinded it out. The first quarter remained scoreless, but QB Dom Dearmen led the Warriors offence down the field early in the second. It was Dom himself who carried the ball in for a Touchdown, and the Warriors took a 6-0 lead after failing to get the PAT. Late in the first half the Buccaneers scored off a play action pass, taking the score to 7-6 at the half.
The third quarter saw the Warriors drive the length of the field again, only to fumble in the red zone and keep the score the same at three quarter time. The Bucs scored early in the fourth, and halfway through the quarter Heath Decker caught a TD pass, and got the two-point conversion, to make the scores level and pave the way for a thrilling finish.
And thrills were exactly what happened. The Bucs launched a strong drive as the clock ticked down, setting up for a field goal with seconds left on the clock. The Warriors defence had been strong all year, and they were needed now more then ever. Outside Linebacker Iric Bressler made it straight through the Buccaneers line and blocked the extra kick, taking the game to overtime.
Both teams had OT drives that fell short, and fans wondered how many sets of OT they could take, but it turned out that two was enough, as Heath Decker scored a TD, and the Warriors got the two-point conversation as well. It fell to the Warriors defence again to fold back the hard-charging Buccaneers, and a sack of Bucs QB Jon Johnston by Scott Truesdale on fourth down saw the Warriors take out the 2012 Vic Bowl.
A Warrior finds it within himself to pull it together when it counts, and do what it takes to come out victorious. Despite some shaky moments during the season the Warriors did what it took to get to playoffs, and then played their best game of the season against the Cru to get to the Vic Bowl. Another strong season, this will find the Warriors defending the title, as they have done before, in the 2013 season. 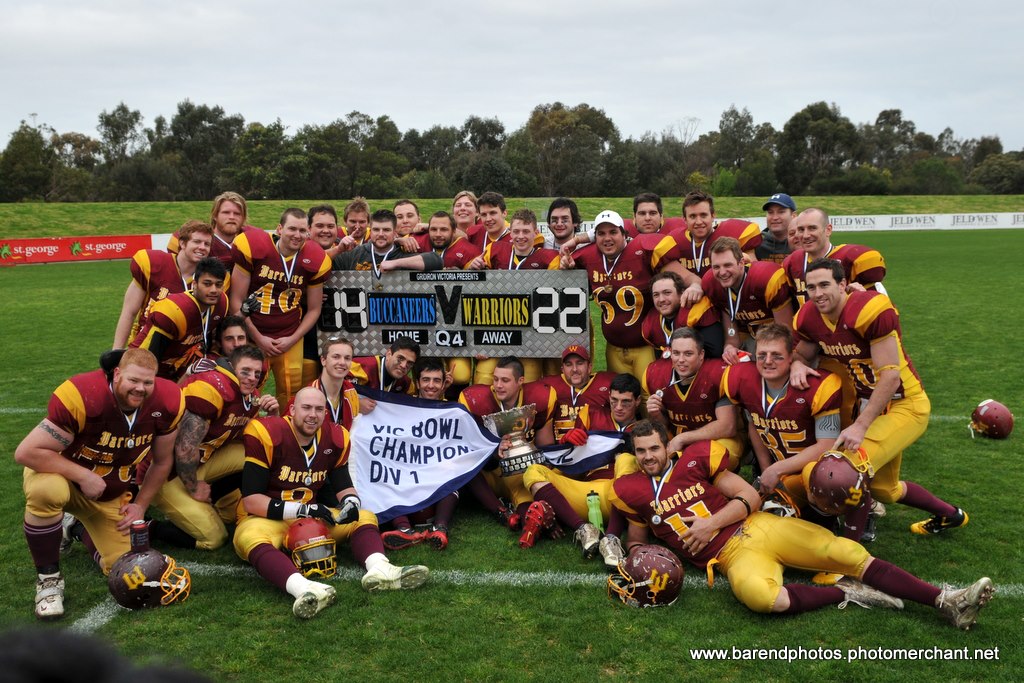