The 2014 Senior Season gets underway this week and both the Warriors and Barbarians look to start the season with a win!

The Warriors head down to ‘The Cove’ in Geelong for the Vic Bowl Rematch for the afternoon game in what is set to be a great encounter. Both teams have lost some players and brought in some handy rookies and are keen to grab hold of Bragging rights in their only encounter for the regular season.

The Barbarians head down to Reservoir on Sunday to battle a Conference Rival in the Northern Raiders.
The Barbarians and Raiders always ends up being a close encounter with both teams earning the respect of one another on the field. This game kicks off at 1PM.

Both teams have new coaches, new players and some key veterans which will certainly make the season enjoyable to watch! 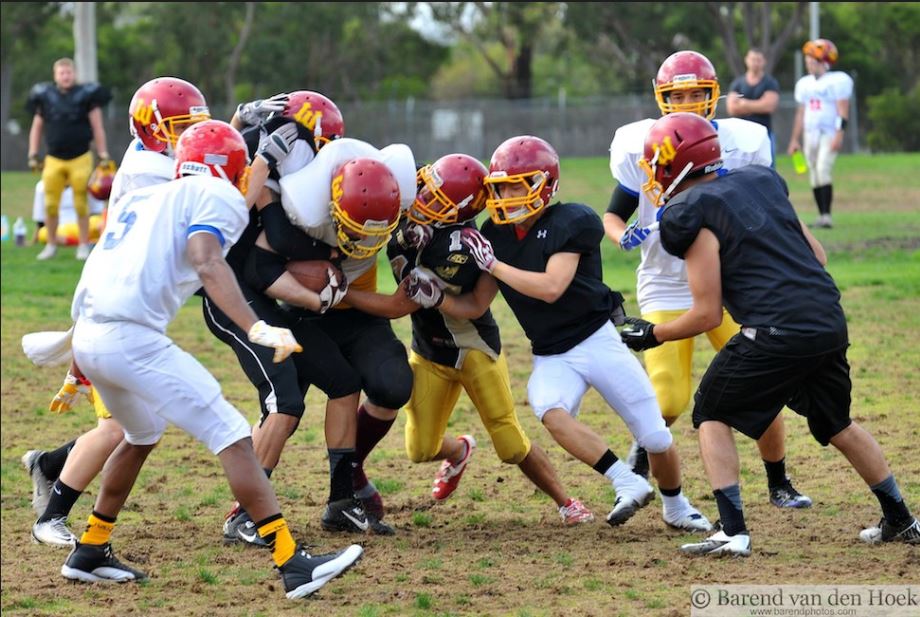 The Black v White scrimmage held on Sunday 13th April was deemed a successfull day for both teams.

The Game started off well for Team B who took the lead with a couple of quick touchdowns and they were able to hold their lead all game. Whilst the scores are unnofficial, it is believed Team B defeated Team A by 2 points.

The end result was gametime experience for all players which is exactly what is required in the lead up to the season starting in 3 weeks time. Whilst there were some players playing out of position, the tempo of the game and the execution of the plays is what has coaches excited.

We look forward to Week 1 which will see the Vicbowl rematch between the Warriors and Buccaneers in Geelong whilst the Barbarians take on the Raiders in Reservoir.

A Big thanks to Barend Van Den Hoek for his photo’s of the day. To purchase any photos, please visit barendphotos.com 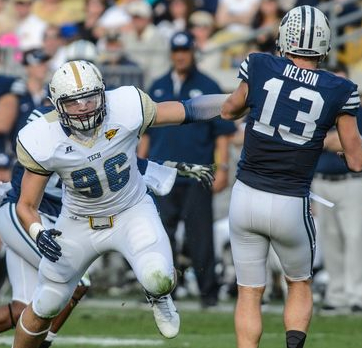 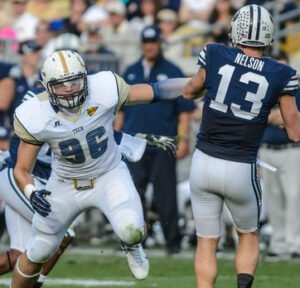 Former Warrior and current Georgia Tech Defensive Lineman Adam Gotsis is now in his third season with the Yellowjackets and he now hopes to become the leader of the front line.

ESPN has interviewed Gotsis about the upcoming season (article can be found here).
Whilst Gotsis remains the only starting Defensive Lineman to return for the 2014/15 Season, he is confident in his coaches and the program they have developed, that the replacements coming in will grab the opportunities that are there.

Whilst his family and former teammates miss him and would love him to come back for another visit, everyone understands the position he is currently in and the work that is required of him to lead the Yellowjackets back to the top of the ACC. We all wish him the best with his preparations for the season. Even our own QB Dominic Dearman misses his #1 Fan. 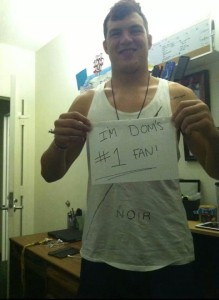 Look out for big #96, Gotsis is looking to exceed on his previous campaigns! 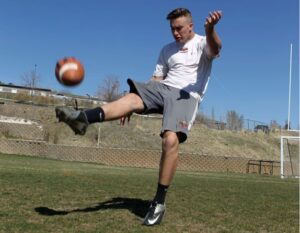 Photo Courtesy of Brian Nicholson/Special to the Standard-Examiner

Bailey has been labelled as one of the best punters in the Nation after his first season at LCA, and it is no surprise that the local journalists want to get to know him.

Bailey is hoping to improve on his first season and become the best punter whilst also excelling at his other key positions as Kicker, Wide Receiver and Corner.

To read the article, you can find it at http://www.standard.net/stories/2014/04/02/kicking-it-prep-football-player-among-nations-best-punters

For the interview, please find the below: