The Monash Warriors will be a part of the 2015 IFAF World Championships with three players and our medic all being selected for Australian Outback duties. The world championships are being held in Canton, Ohio between the 8th and 19th of July and the Outback currently rank 6th of the 8 teams participating. 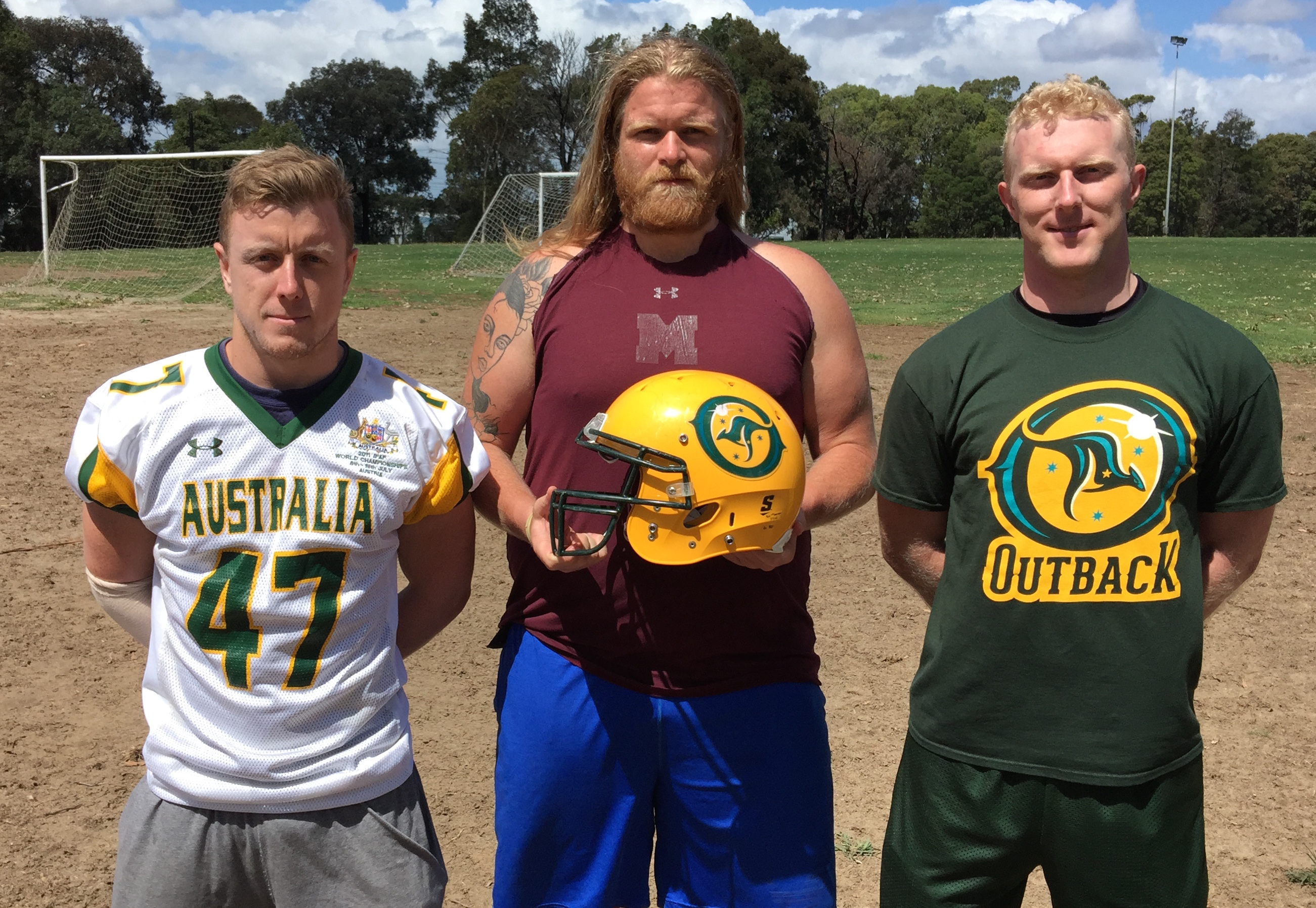 Jonathon Tostevin is the most experienced of the group and will be lining up at Guard for the Green & Gold. Not always an Offensive Lineman, Tostevin switched positions in the 2011 World Championships when coach Leijten asked he switch sides of the line as there was a gap at Center. Tostevin, aged 28, has played 10 years of Gridiron and has been a team player throughout his career. Switching positions was not an easy task but with all the hard work and dedication he put towards learning the position, Tostevin has become an anchor to the Warriors 6 Vic Bowl wins in the past 7 years. An intimidating figure at 195cm and 135kg, Tostevin is looking forward throwing his weight around against the best in the world. END_OF_DOCUMENT_TOKEN_TO_BE_REPLACED