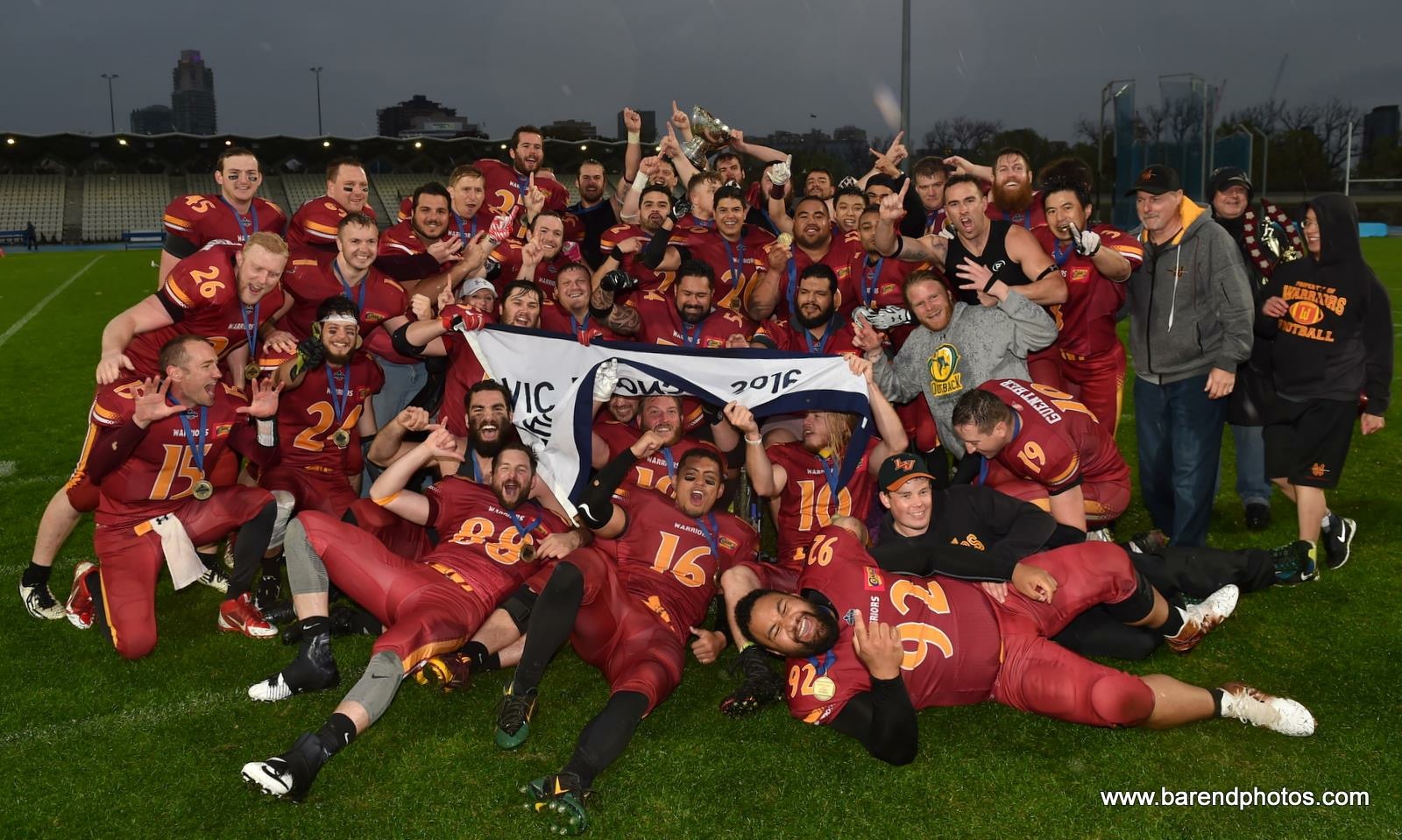 The Barbarians 2016 Season ended on a high with the team finishing 4th in the Gridiron Victoria Division II competition.

After finishing the season strong with a record of 6-6 the Barbarians had the task of trying to knock off a Pakenham Silverback outfit that were undefeated all season. The Silverback were the reigning champs in Division II and bolstered their squad with an American quarterback who dominated all year long. It wasn’t his passing that troubled teams, it was his ability to escape from pressure and get downfield by running away from defenders and getting easy yards.

In a hard fought out battle by the Barbarians, they were unable to convert on the scoreboard and the final whistle ends with the Silverbacks winners 58-6.

The Silverbacks defeated the Northern Raiders in the Division II Championship Game with a score of 43-8.

The Silverbacks have been promoted to the Division I competition for 2017 where the Warriors look forward to facing the new competition. (Berwick Miners relegated to Division II to replace the Pakenham Silverbacks).