The 2015 season is a fresh start for both the Warriors and Barbarians. New coaches, new rookies, new playbooks and a new season. 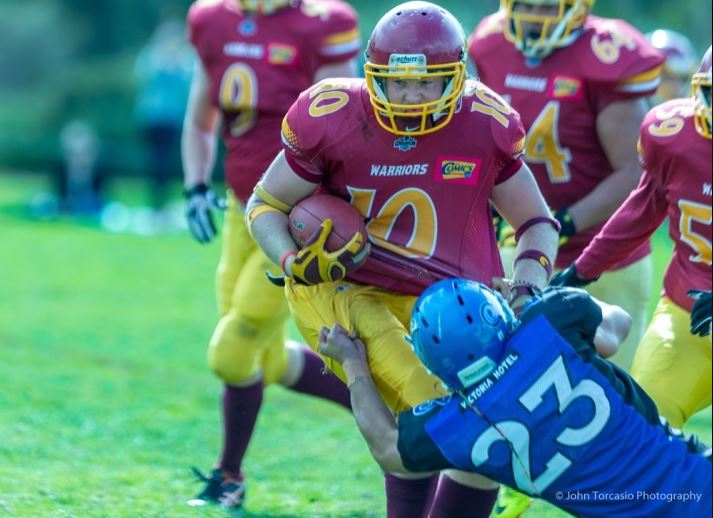 The Warriors took on the Melbourne University Royals who also had a new Head Coach and some new faces in front of their home crowd. The Warriors are the reigning champions but have their sites set on equalling the record of four consecutive Vic Bowls this season.

Coach Craig Wilson was back in charge of the Warriors and was looking to start the season off on a positive note, and the Warriors took charge as he demanded.

Luke ‘Whitey’ Jackson started the scoring on the day with a 40+ yard TD run and Warriors Offense accelerated away scoring at will both in the air and on the ground.

The Defense also stood up and held the Royals scoreless all game. The running game of the Royals was their strength and the Warriors never let them get going. An interception by LB Peter Breuer was returned back for a touchdown and his teammates gave the Offense plenty of the ball. 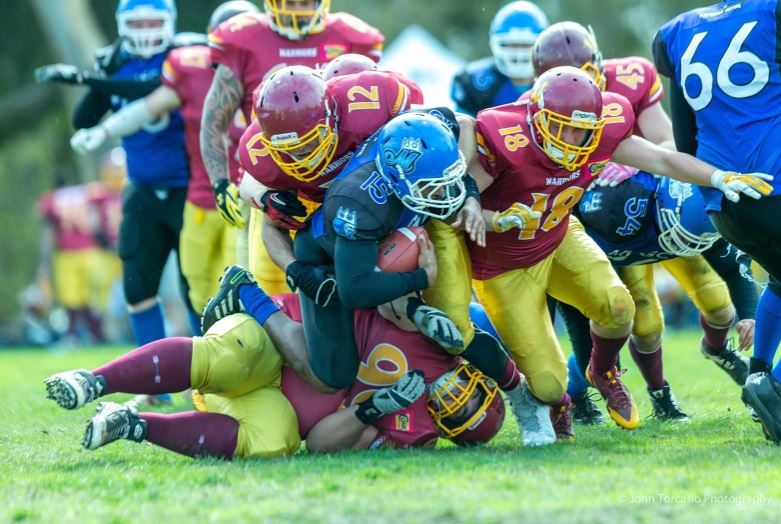 The Offense spread the ball around with ease and all running backs ended up with a score. The Warriors eventually ended up winning 60-0 and shoot to the top of the table after the significant Week 1 victory.

The Barbarians had a tough match up against the new look Bendigo Dragons who also have a new head coach and new faces for the upcoming season. The last time these teams met, the Dragons put up a big score against the Barbarians, something both teams still remembered.

It was an offensive struggle all game as the Defense stood up for both the Barbarians and Dragons and it showed as the first half ended with a 0-0 score line.

The Barbarians back under Coach Ralph Maggio took control in the second half and came out winners 14-8.