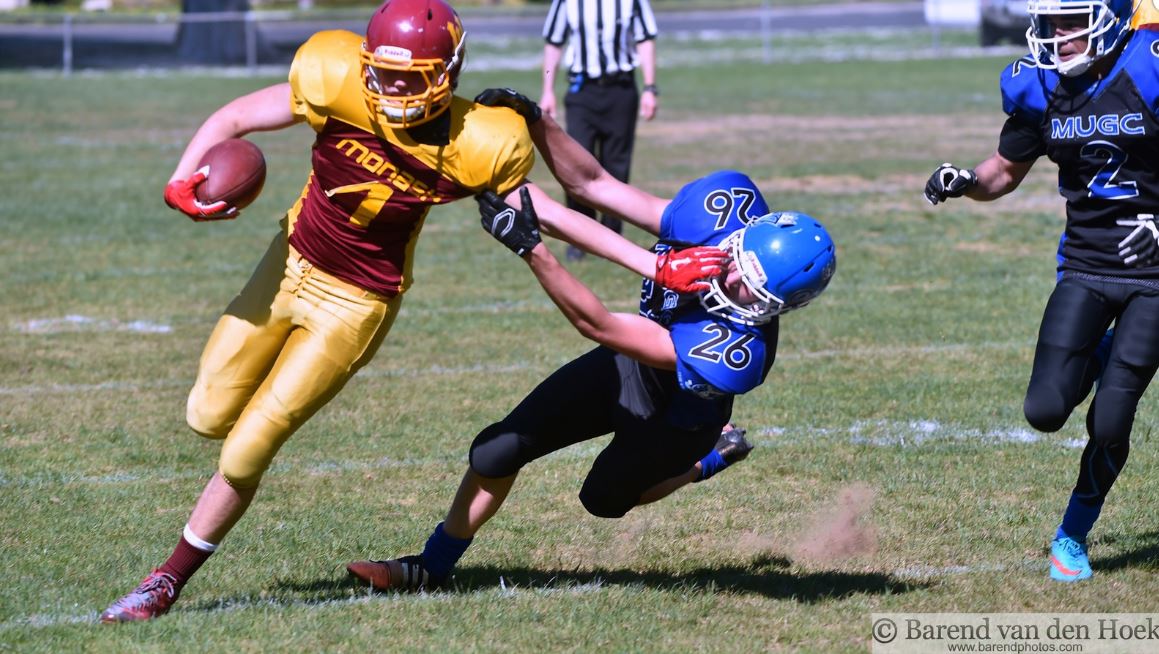 Week 2 saw the Warriors face off against the reigning back-to-back champion Melbourne Uni Lions in Melton. The Warriors came into the game with confidence from a huge 50-0 thumping of the Miners in Week 1 however they knew they would have their hands full in this match up.

The last time the Lions faced defeat was in Week 5 of the 2014 season in which they finished the season 5-3 and won their first Vic Bowl. They followed that up with an undefeated 7-0 2015 season securing their second consecutive Vic Bowl.

The match started off with both teams going back and forth with possession without any points. The Warriors Defense allowed the Lions some big yards on the ground but were able to keep them from entering the endzone. Ultimately the Lions were seen to be shooting themselves in the foot, dropping at least 8 catchable passes.

On the other hand the Warriors Offense also were seen to be making mistakes with missed blocking assignments, fumbled snaps and miscommunication. With the first half being a 0-0 stalemate, both teams knew they needed to be better if they wanted to win this battle.

Head Coach Callum Marini and his assistant coaches worked at the break to fix the mistakes and it looked to pay off. The Warriors looked to the ground to pound at the Lions Defense and gained some momentum to start the second half before some more errors halted their movement.

A gutsy call from their own 10 yard line saw the Warriors break the deadlock and it was Ben McGaw who once again broke tackles in open field to score a 90 yard running touchdown on a reverse. McGaw had scored two punt return touchdowns one week earlier as well as a receiving touchdown and looks to be gaining confidence in open field. The two point conversion was unsuccessful. Warriors lead 6-0 at the end of the third.

The Lions also looked to make some changes moving one of their offensive linemen back to fullback to counter the run game and take advantage of some poor tackling from the Warriors. They too were able to score on the ground and levelled scores 6-6 after their two point conversion also failed.

With a little over 3 minutes remaining in the final quarter the Warriors entered the redzone after some quality runs by Anton Maksoutov and great passes spread amongst the young Warrior Receivers. The Warriors again broke the deadlock with a counter into the endzone and a 12-6 lead against a Lions team looking to keep running behind their big fullback, this time with limited lime left on the clock.

The Lions moved the chains however found themselves in 4th down territory against a determined Warriors Defense led by Dmitri Maksoutov. The Warriors were able to force the turnover on downs and the offense came on the field in victory formation. Some undiscipled play by the Lions saw an ejection whilst the Warriors kneeled out the game however the game could not be taken from the Warriors who came out victors 12-6 against the best team of the past 2 seasons.

The Warriors now sit on top of the ladder and face a young Packenham Silverbacks team who are fresh from a 52-20 victory over the South Eastern Predators.